When choosing a portable computer, we are accustomed to choosing between a Windows laptop and a MacBook, forgetting one of the best portable student laptops, the Chromebooks.

After its launch, Chromebooks took the market by storm. They were a better choice than a budget Windows laptop and were immensely popular among the students. The Chromebooks come with big screens and standard keyboards while keeping the device light and portable.

So, in the following article, we will be answering a few burning questions-what is a Chromebook and Chrome OS, how is it different from a traditional Windows laptop, and how to unblock websites on school Chromebooks?

What is a Chromebook?

The choices used to be between a Windows laptop and Apple’s MacBook for a portable computer. But Google introduced a third choice in 2011 in the form of Chromebooks.

So, what are Chromebooks? Do they run on Windows? Well, Chromebooks are different, to say the least. Windows or macOS don’t power these portable laptops. They run on Linux-based Chrome OS instead.

Like MacBooks and Windows laptops, Chromebooks are portable devices based on Chrome OS. It is an OS that runs in a browser. Vastly different from Windows or Mac computers but has plenty of app support. Essentially Chromebooks are not designed to carry out heavy workloads.

If the workload is centered around a web browser, the Chromebook will do a fine job executing them. But when it comes to app-specific tasks with heavy workloads, it is best to steer clear of Chromebooks.

Difference Between Chromebook and Windows laptop

Regarding hardware, Chromebooks are not so different from standard Windows laptops.

The most significant difference comes down to the operating system powering the Chromebooks, which is Chrome OS. Compared to Microsoft Windows, Chrome OS is a vastly different experience. Physically, the design and the primary hardware are similar to tablets and 2-in-1 laptops.

The significant difference between a Chromebook and a traditional laptop comes from built-in storage space. The internal storage is limited. It usually doesn’t create issues as the Chrome OS is essentially light, but most applications are web-based.

The storage requirement isn’t essentially demanding. But there are ways to expand it using external hard drives or SSDs. The presence of an SD Card slot is another big difference. It is not available in all Chromebooks, but some Chrome OS laptops have one. Last but not least, Chrome OS is heavily reliant on cloud storage.

How to Unblock Websites on School Chromebooks?

Chromebook are powerful devices targeted toward school and college students. It is an easy-to-manage and portable device.

If you have purchased one, you may have noticed that some websites are blocked by default on this device, which you may regularly use for your work. It will create a problem with your work unless you unblock the desired websites.

So, is it possible to unblock websites on a school Chromebook?

Well, it is possible to unblock the websites on a school Chromebook. There are two definite ways to do it from the Chromebook settings and a third-party application. We will show the steps for both.

The easiest way to unblock websites on a school Chromebook is from the device’s settings. Here’s how to do it.

Now, you can access the desired website with ease. But this method only applies if you have to access one or two blocked websites. If the number of websites is greater, you better use the following method.

RollApp is an on-demand service. It runs on the cloud and instantly delivers third-party SW applications for web browser-based devices. Here’s how to use it.

What is Chrome OS?

This general simplification makes Chrome OS sound like a glorified version of the Chrome browser. But it’s not. Well, at least things have been quite different in recent years. Now Chromebooks support Android applications and even support Linux applications.

Chromebooks have become more valuable than before and are more than just a browser-based operating system. However, you won’t get a complete desktop experience like Microsoft Windows or macOS. But you will have all Android applications and a great selection of Linux desktop applications.

Advantages and Disadvantages of Chromebooks

The uses of Chromebooks are perfect for some cases but not so ideal for others. So, you are getting a portable computer suitable for specific tasks only.

So, let’s examine the advantages and disadvantages of these Chrome OS-based computers.

As said earlier, Chromebooks are suitable for specific works for a specified group of people.

No matter the advantages of using a Chromebooks, the device is just useless for specific tasks. So, here are a few examples of such use cases.

Also Read: Chrome Is Now The Least Secure Browser: Use These Alternatives

Chromebooks are great if you are okay with a browser-based operating system with limited features. These are budget-friendly, portable devices that don’t even compare to Windows or macOS laptops in terms of power.

So, for school to college students, these are great devices as long as you are not into heavy work like gaming or editing. But you may face issues while accessing certain websites for your work. You may find them blocked on the Chrome OS. Don’t worry if that happens; there are ways to access blocked websites on Chromebooks, as shown in the above article. 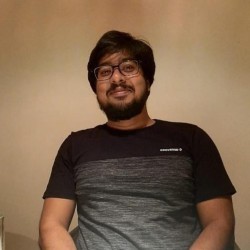